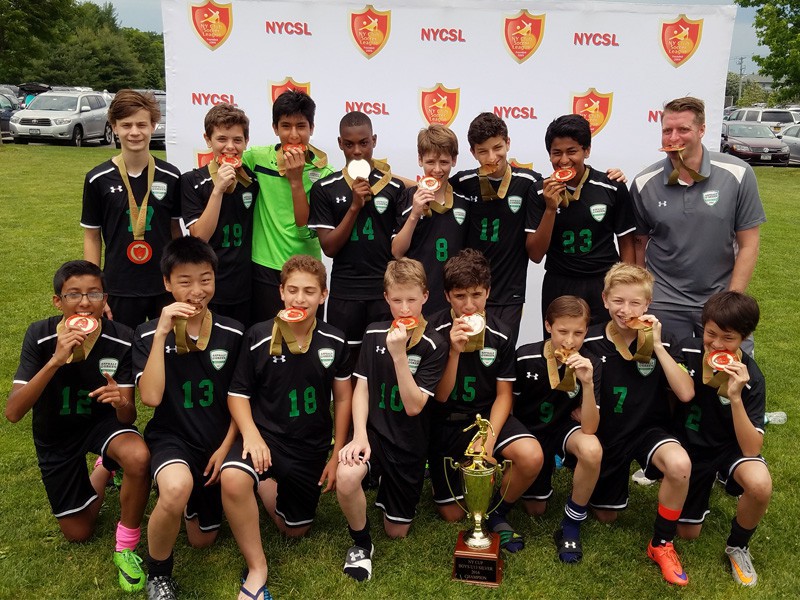 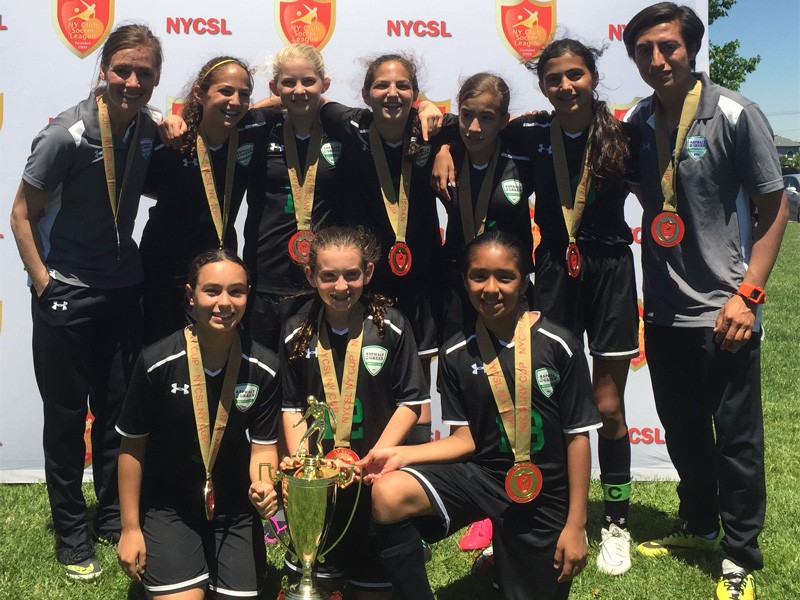 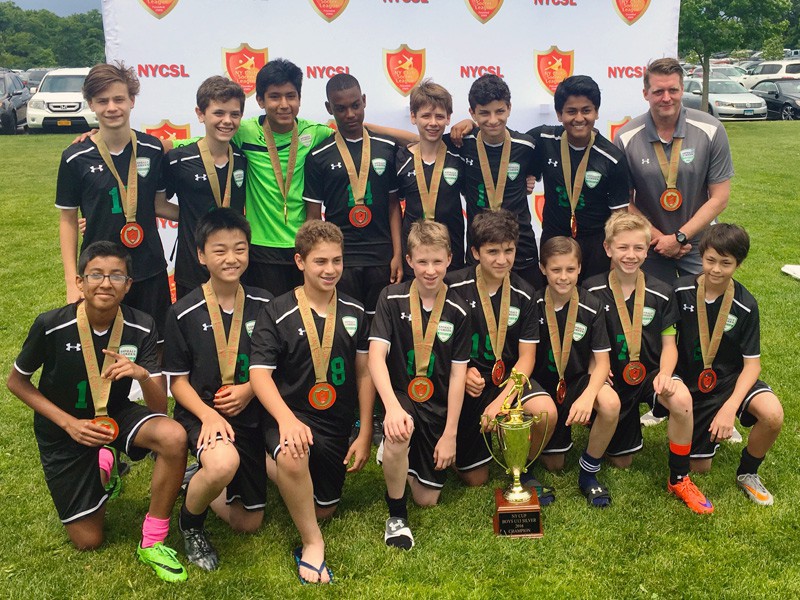 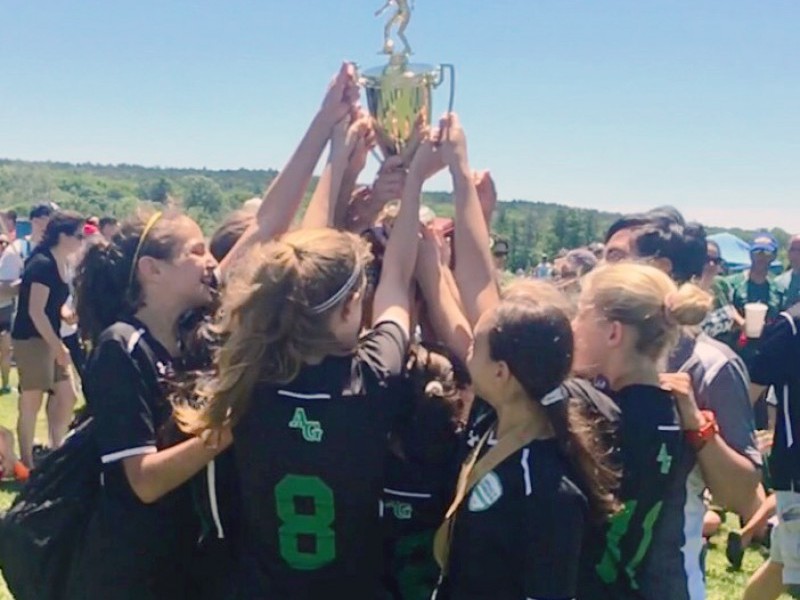 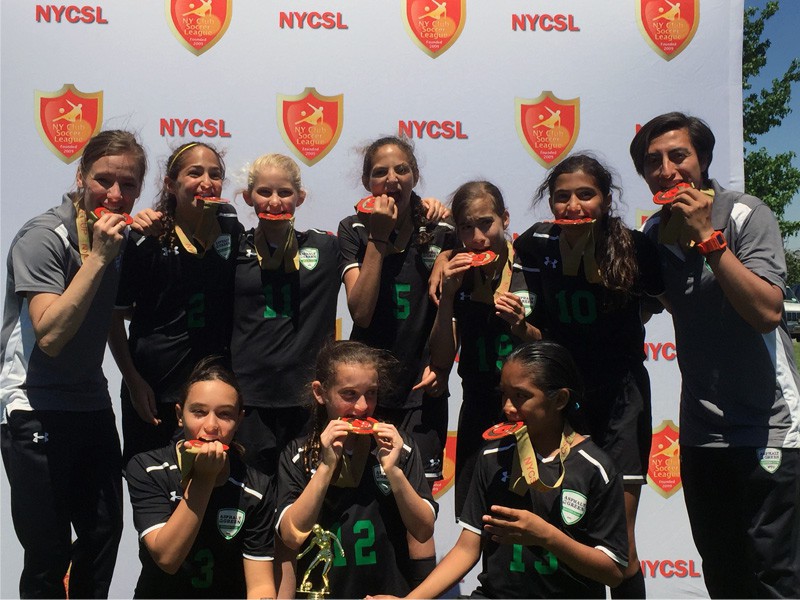 In May, the girls U11 Surge team booked their passage to the New York State Cup finals with a 2-1 win over Stony Brook in the semifinal, becoming the first Asphalt Green Soccer Club team to achieve that accomplishment. A few weeks later, the boys U13 Gunners team matched that fete, with a 3-2 win over Yonkers in their semifinal match.

In the New York State Cup final, the Gunners were up first, facing Greenwich United, a team that had defeated them just a month prior. Greenwich United had a faster start, but as the half progressed, the Gunners began to press and show dominance. The breakthrough came 20 minutes into the game when Johnny Winick attacked from the right side of the field and put the ball in the net to give Asphalt Green a 1-0 lead. The Gunners doubled their lead just before halftime. This time, the ball was cut back to Riki Ganguly, who hit a one-touch shot from the top of the box to expand the lead to 2-0.

In the second half, Greenwich United began to press. They found the net with 20 minutes to go, making the score 2-1. The goal set up a tense finale, but the Gunners played committed and disciplined defense to close out the game and become the first Asphalt Green team to win the New York State Cup!

The girls U11 Surge prevailed in a thrilling penalty kick shootout against Yorktown to take home the New York State Cup Silver Division’s most prestigious award. It was a storybook ending for the first-year Premier team.

The Surge created many scoring opportunities throughout the game but just couldn’t seem to find the back of the net.  A couple of strong counter attacks by Yorktown were thwarted by strong defensive and goalkeeping efforts, most notably, Willow Becker’s diving save in the first half to prevent the best scoring opportunity of the day. After a 0-0 tie in regulation, and no score in overtime, the game would be decided by penalty kicks.

The surge hit their first three penalty kicks, while Yorktown missed two. Yorktown had to make their next shot to stay alive, and Surge players, coaches and families could feel the win within reach. Then, Willow Becker dove to her right, correctly anticipating the ball’s flight and knocked it down.

The players and coaches rushed the field, and the Surge sideline went wild. It was truly a team effort from start to finish. Every player made an impact and trusted one another. Coach Erica Crossman said, “Surge players thrive in games like this – games that test them physically, mentally, and emotionally.  We have been preparing them over the course of the last several weeks to seize an opportunity like this and create memories to last a lifetime. It couldn’t have been written any better.”