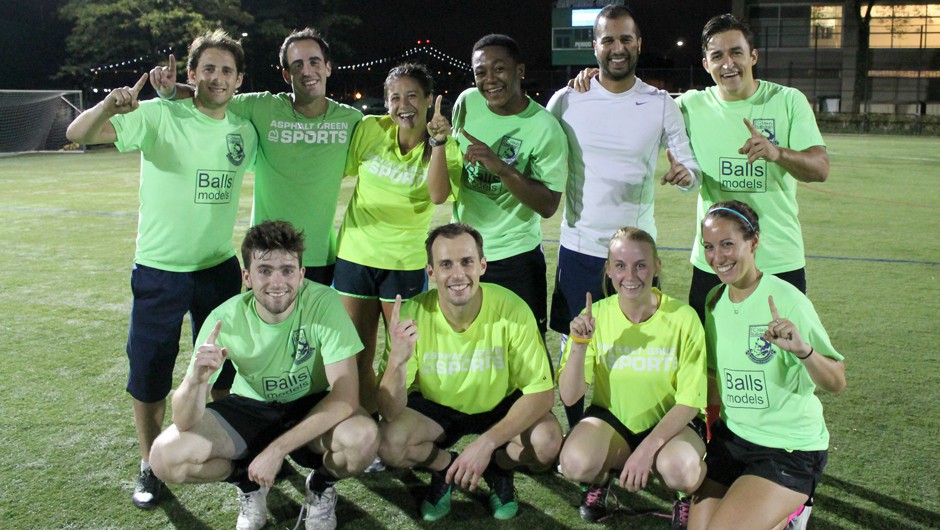 Congratulations to team FC Maury Ballstein for winning the summer 2014 weekday coed adult soccer league (8v8) held at Asphalt Green’s Upper East Side campus! The team finished in first place with a regular season record of 8-1-0, and had the greatest goal difference amongst all teams with 44.

Team FC Maury Ballstein had a consistently strong season. They scored 13 goals in their first two games. To claim the championship, they had to compete against a tough team Older Not Wiser. But FC Maury Ballstein’s electrifying offense was too much for their opponent and they won the game 7-4. The team received personalized championship gym bags and a $100 gift certificate to East End Bar & Grill!

Congratulations again to FC Maury Ballstein and thanks to all of the soccer teams for playing this summer!