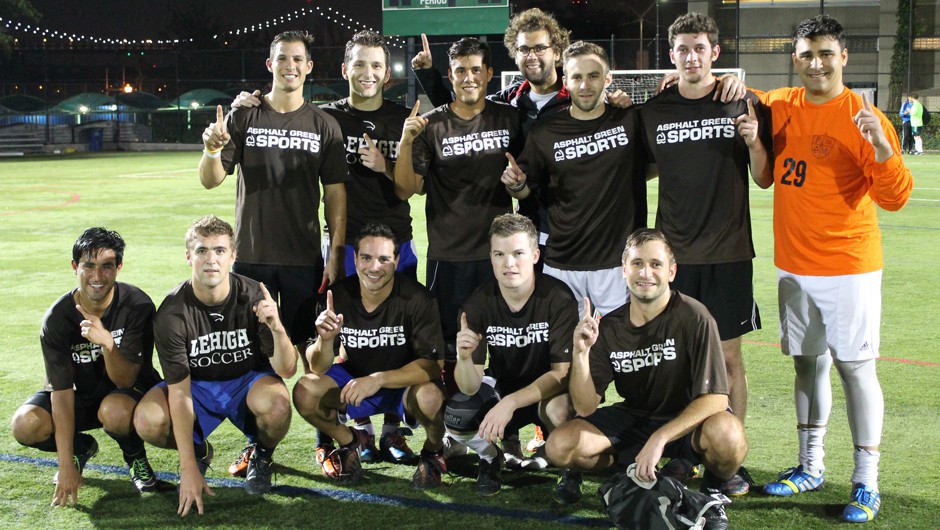 Congratulations to team No Reason for Wiesen for winning the summer 2014 men’s adult soccer league (8v8) on Tuesday at Asphalt Green’s Upper East Side campus! They had a regular season record of 5-3-1 and were top five in the league in goal difference and defense.

No Reason for Wiesen snuck into the playoffs as the #7 seed and began their “miracle” play-off run by upsetting the #2 seed team NY Canaries in the first round to move on to the semi-finals. In the finals, No Reason For Wiesen defeated the #4 seed team The Strikers 4 to 1 to claim the championship title. The team received personalized championship gym bags and a $100 gift certificate to East End Bar & Grill!

Congratulations again to No Reason for Wiesen and thanks to all of the soccer teams for playing this summer!