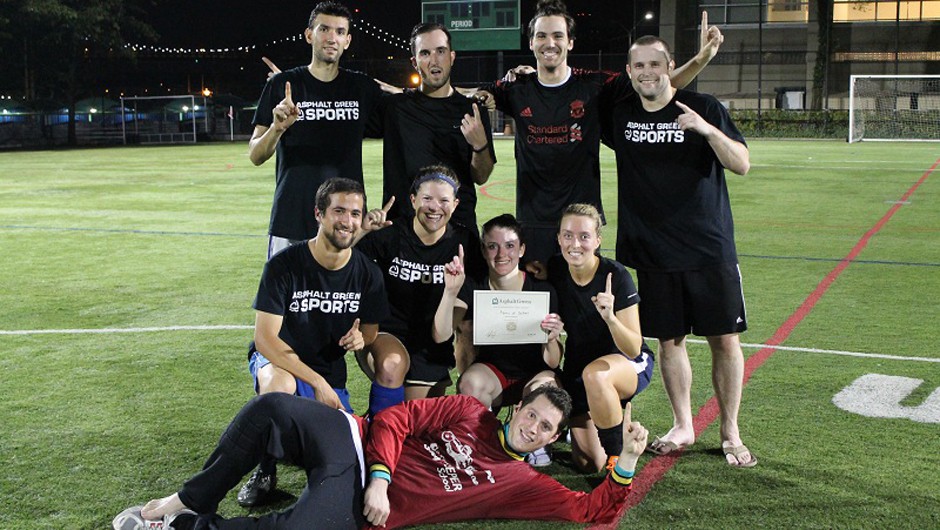 Congratulations to team Agony of DeFeet for winning the summer 2014 coed adult soccer league (8v8) held on Sundays at Asphalt Green’s Upper East Side campus! The team had a regular season record of 6-1-1, and led the league this season in goals with 58.

The road to the championship was not an easy one for Agony of DeFeet. The final championship game was against the undefeated #1 ranked team in the league Orchard FC. But Agony of DeFeet put on a stellar performance. Their goalie had some amazing defensive plays and their offense scored five goals to win the game 5 to 1 claiming the championship spot. The team received personalized championship gym bags and a $100 gift certificate to East End Bar & Grill!

Congratulations again to Agony of DeFeet and thanks to all of the soccer teams for playing this summer!