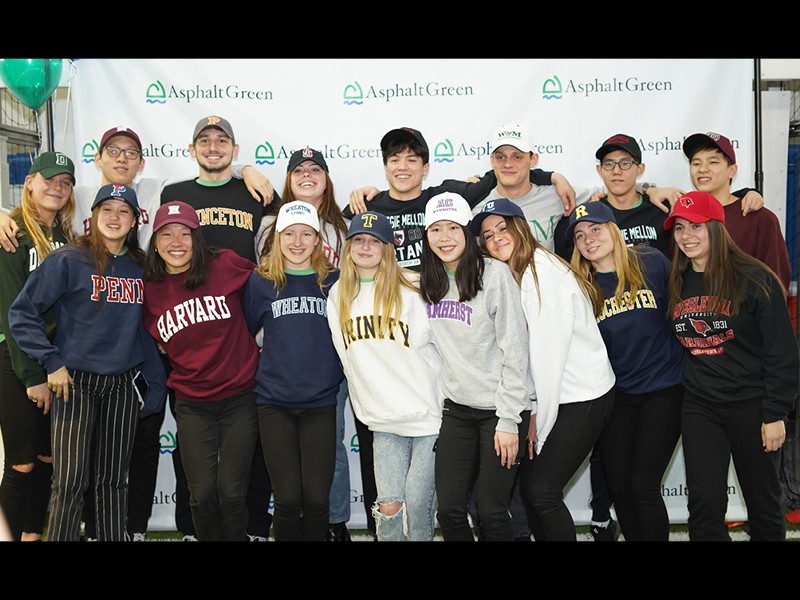 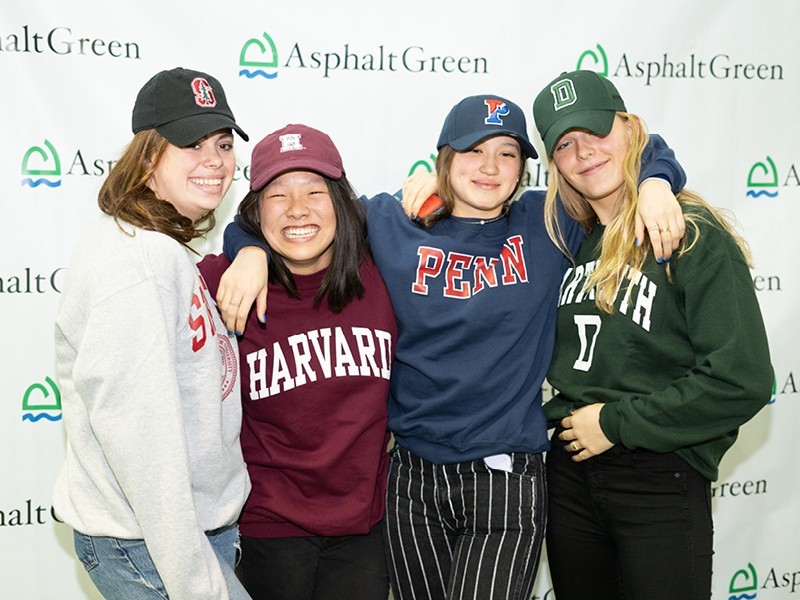 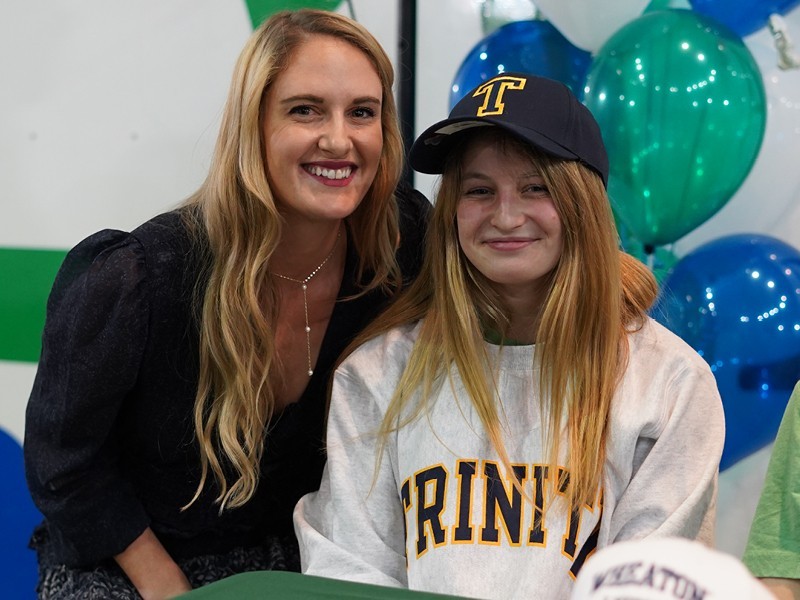 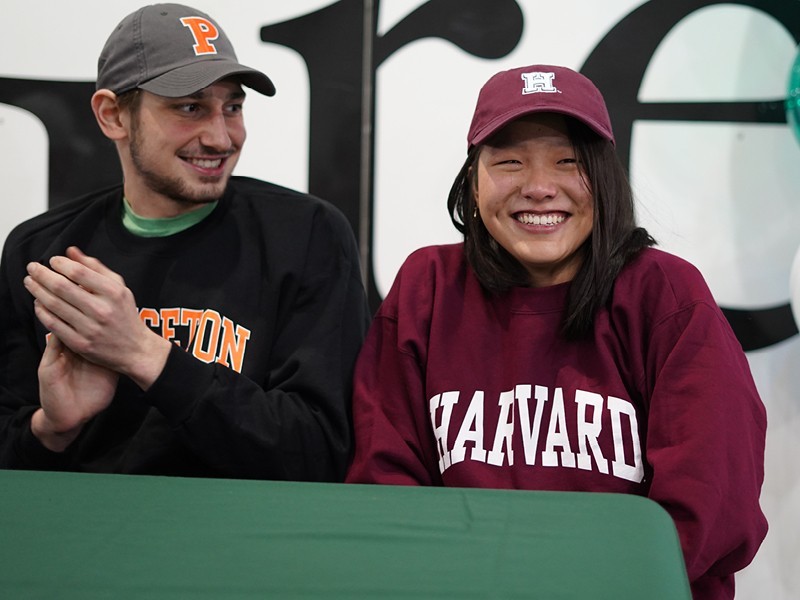 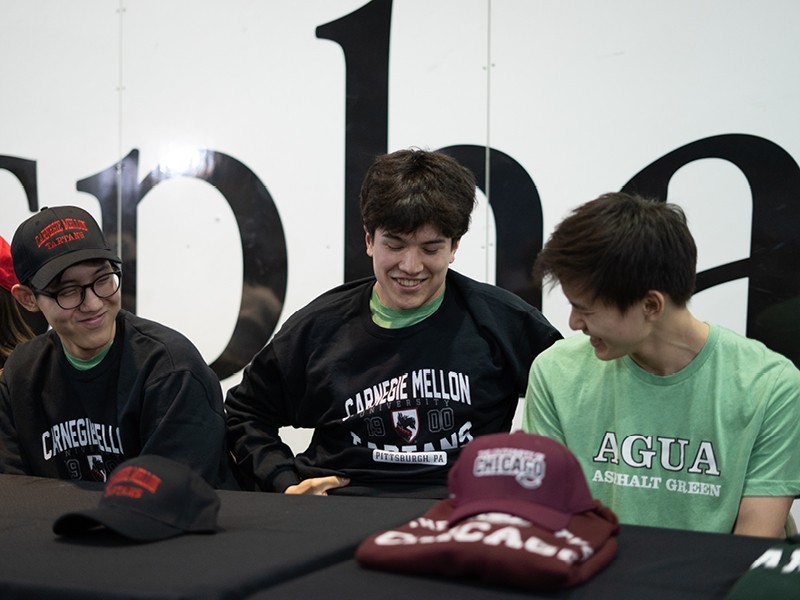 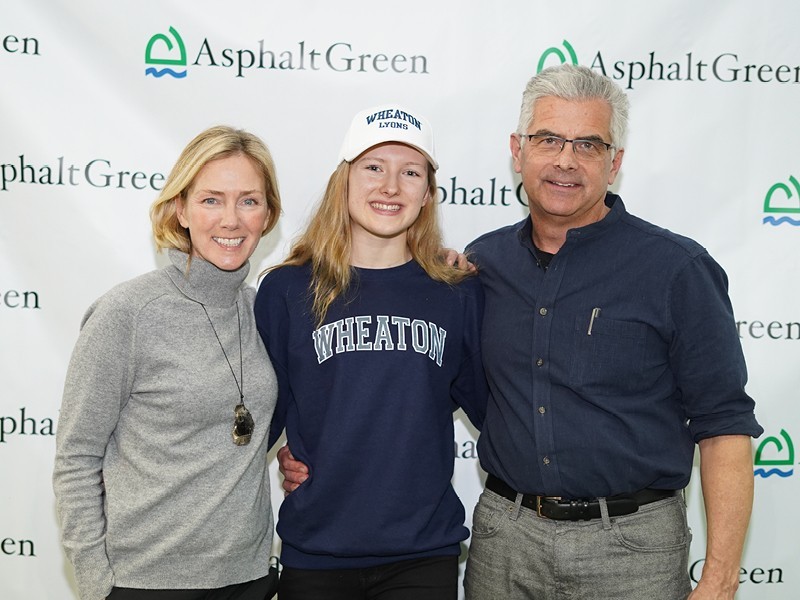 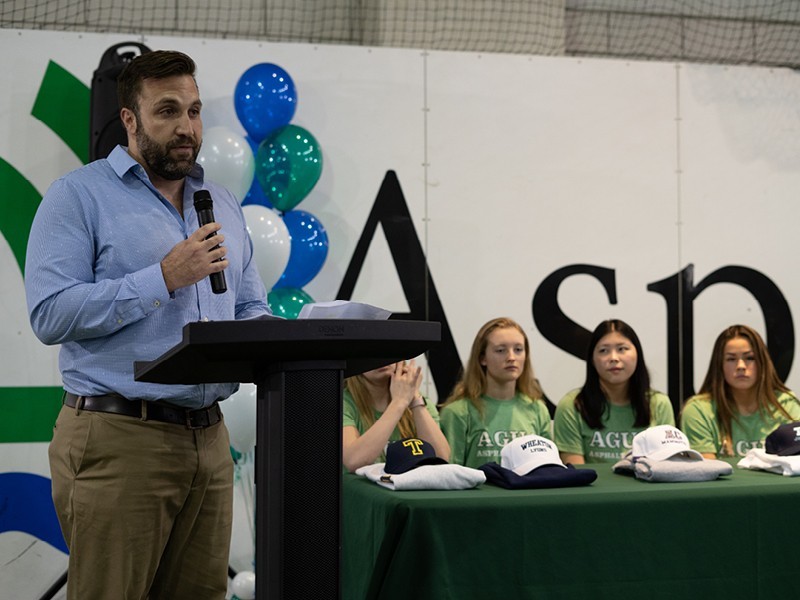 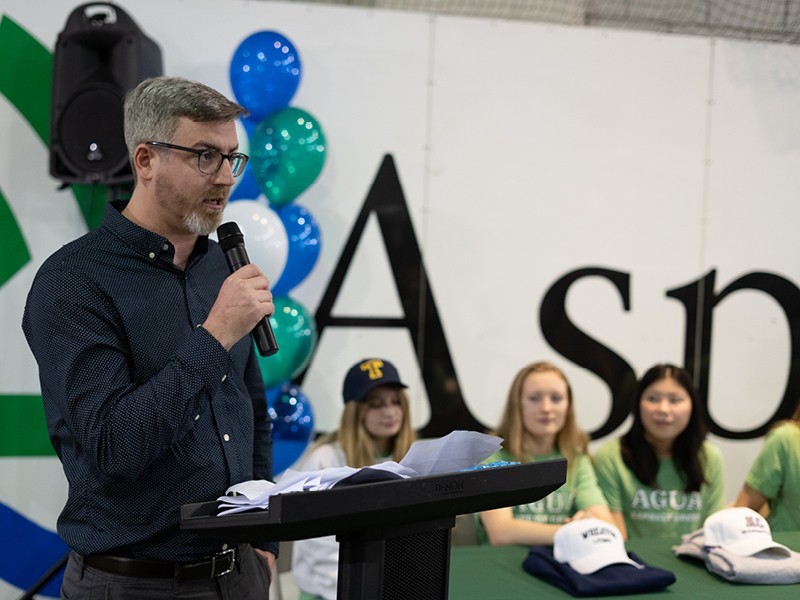 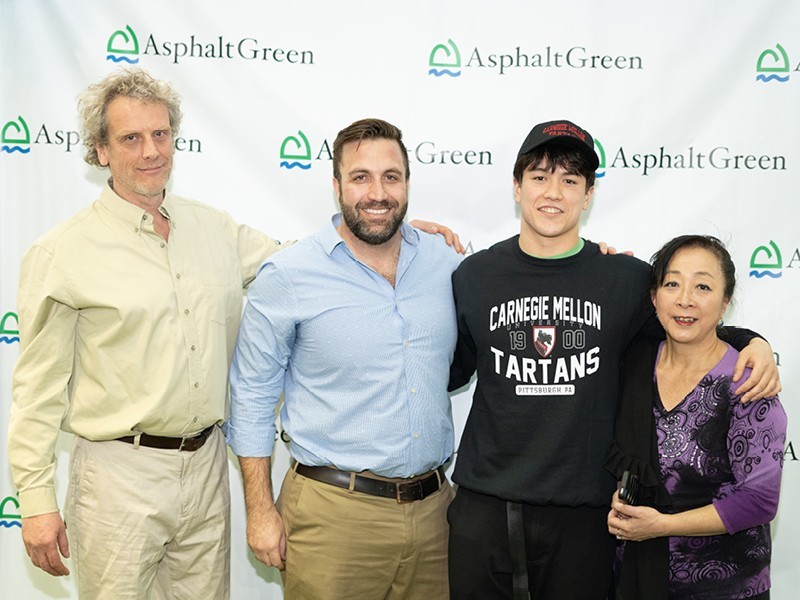 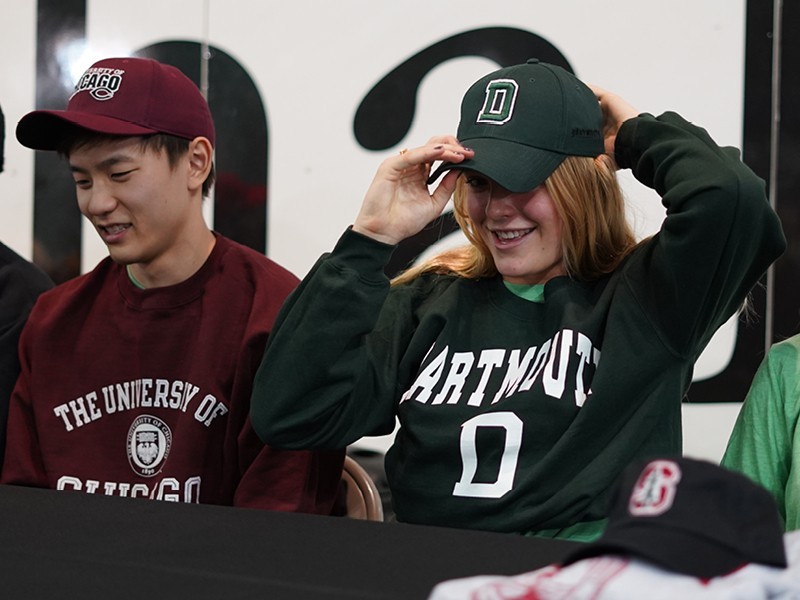 Sixteen Asphalt Green Unified Aquatics (AGUA) Swim Team athletes announced their commitment to college swim programs at a special ceremony at Asphalt Green's Upper East Side campus on January 16. Many of the athletes will be attending the nation’s most prestigious universities and top collegiate swim programs.

This signing class has exceled at the world, national, and local levels. The team’s accolades include:

AGUA Head Coach David Rodriguez says, “This is a special class of athletes. They shined at the highest levels of competition, and their successes speak to their work ethic. It has been a pleasure to coach this talented group of individuals. They have left their mark by elevating the standard of excellence for the AGUA Swim Team. They are exceptional competitors, leaders, and teammates and have bright futures ahead of them in the pool, classroom, and beyond.”

Family and coaches were beaming with pride. We can’t wait to follow these athletes’ college careers!