Players use their imaginations and get physically active in this popular Recess Enhancement Program (REP) game, Alien, Tiger, Cow. 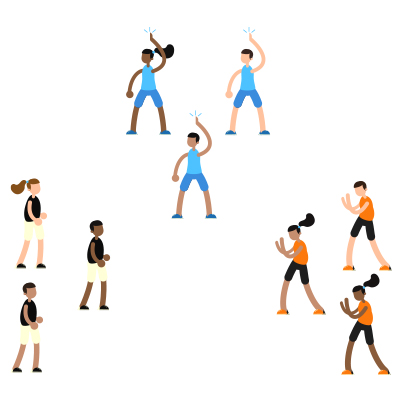 Easy:  No elimination; everyone has to become the same character.