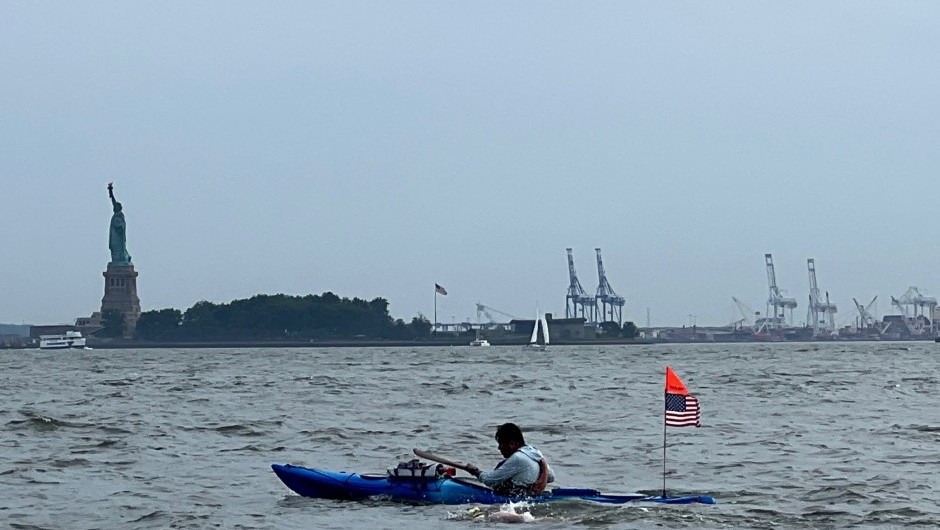 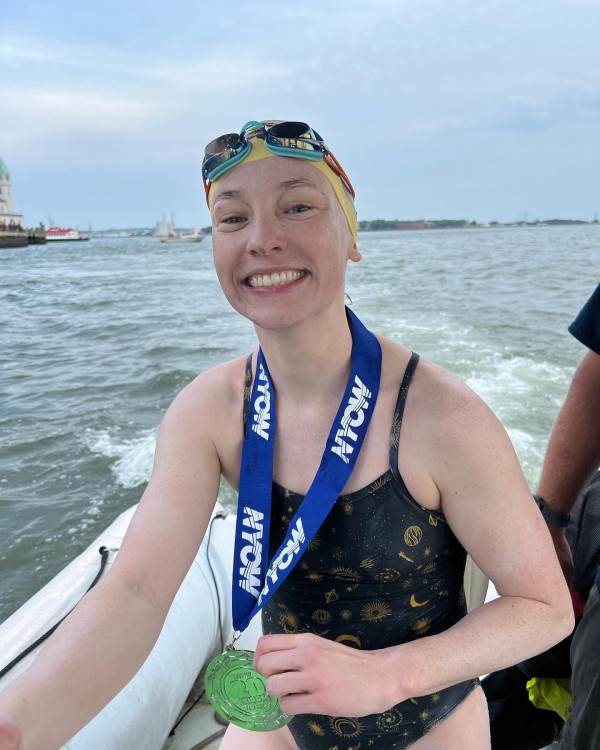 On July 17, 2022, I set out to circumnavigate Manhattan in a 28.5-mile swim via the East River, Harlem River, and Hudson River. The iconic swim, known as the 20 Bridges Swim, begins at The Battery and takes you under New York’s 20 bridges, where the swim gets its name. It is also one of the three swims that make up The Triple Crown of Open Water Swimming (along with the English Channel and Catalina Channel).

What may come as a surprise is that I have only been open-water swimming for a short time. I grew up swimming in pools starting from four years old. I continued competitive pool swimming through college but experienced an injury that benched me for my last season. I thought my swimming days were over.

I moved to New York CIty to pursue a doctoral degree and soon found myself longing for the sense of community that swimming always brought me. I decided to join AGUA Masters and met the teammates who convinced me to take a plunge into open-water swimming.

When the pandemic closed indoor pools, I spent more time in the open water and had the opportunity to watch others train for and complete their own marathon swims. Watching the dedication and perseverance of these individuals inspired me to apply to swim 20 Bridges. I was grateful that two of these amazing individuals, Fleur and Jasmine, would become my boat support crew during my own marathon swim. Some people think that swimming is an individual sport. However, I could not have completed this challenging endeavor without a whole crew of supporters, from my teammates and coaches who helped me during my training, to my boat crew that used the power of a megaphone to get strangers on shore cheering my name.

One of the best aspects of this marathon swim is that each river offers its own set of challenges and rewards. One of my favorite parts was swimming with a ripping current along the East River past my apartment and seeing my AGUA squad cheering and/or running alongside me. When I approached the Harlem River, the current became calmer, and I had to work harder to move forward. I took this opportunity to change up my stroke and do a modified individual medley (albeit with only about five strokes of butterfly). This section of the swim has 15 bridges and rapidly changing scenery that does not disappoint. In addition, several kayakers, two paddleboarders, and a paddleboard passenger dog joined me along this part of my journey.

Turning into the Hudson River, I could feel more surface chop from the wind. At this point, my body was feeling good, and my spirits were still high. The George Washington Bridge, the final bridge of the swim, came and went quickly. My stomach began to feel uneasy from the waves and liquid carbohydrate feeds I had been slurping down every 30 minutes. To distract from this challenge, my boat crew would read me supportive messages during my feeding breaks from those following my swim online.

Before I knew it, I saw the Vessel followed shortly by One World Trade Center, where I joined my crew in the morning. I sprinted to the finish surrounded by cheering. My initial thoughts were: “Wow. I can’t believe I just did that” followed by, “Can we go around again?” I was surprised that the excitement I felt when starting the swim never wore off. This once-in-a-lifetime opportunity took my body and mind beyond what I thought I was capable of. I don’t know what my next swim goal will be, but this experience has confirmed that I want to continue open water swimming and push myself out of my comfort zone.