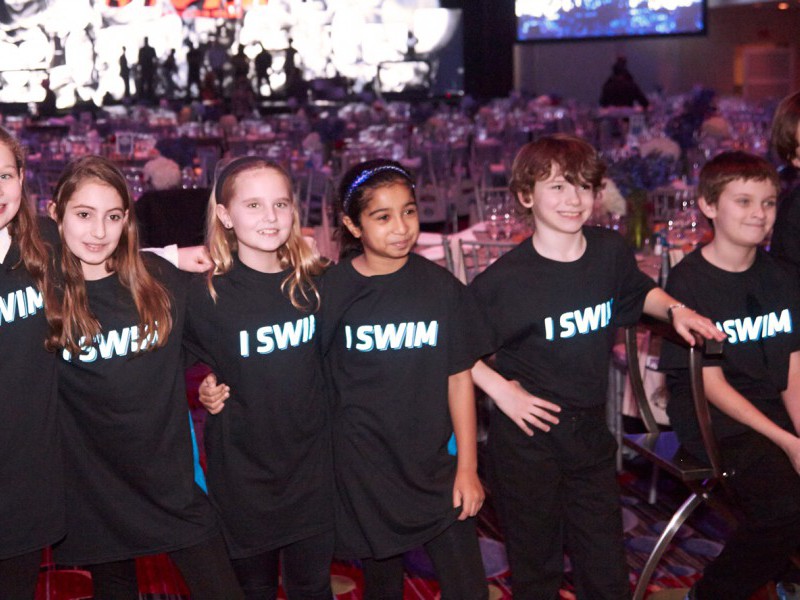 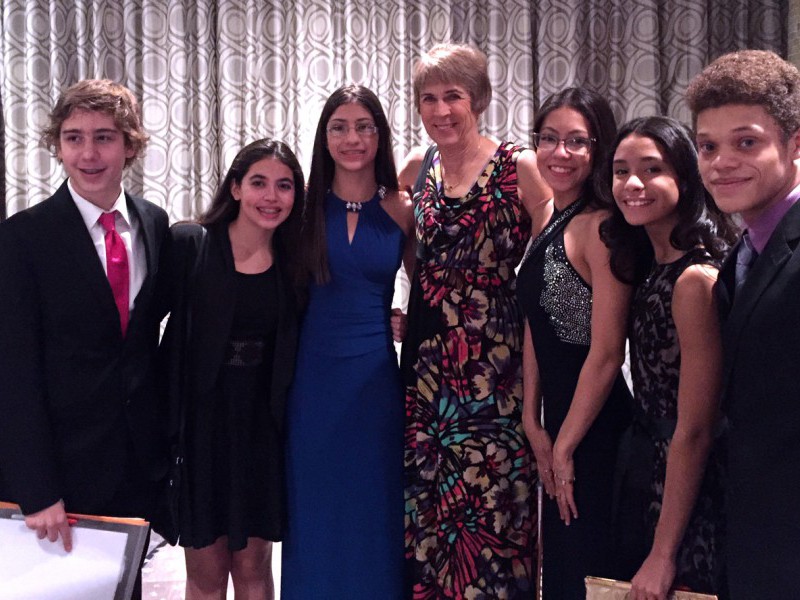 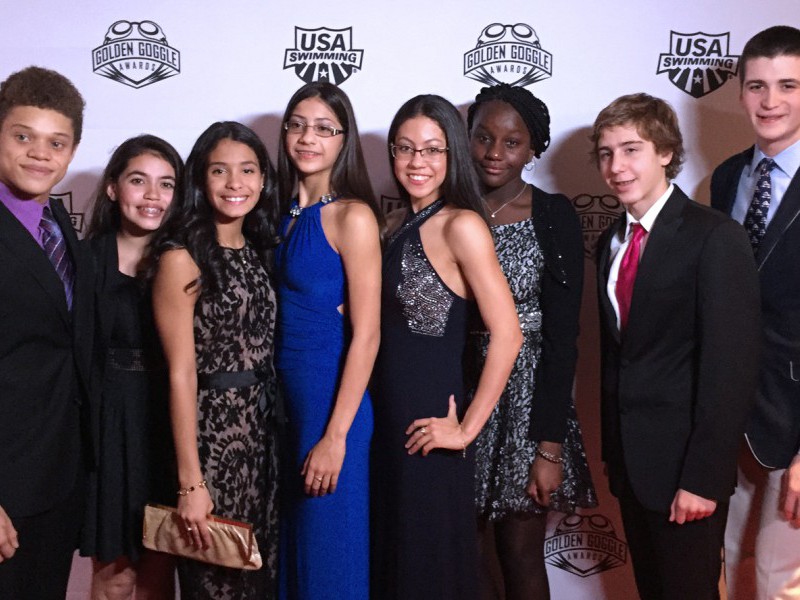 We had two groups of AGUA swimmers at the event. During the awards show, eight of our AGUA swimmers were up on stage giving high fives to the US National Team as they were announced on stage. We were also lucky enough to send seven AGUA swimmers as guests to the event. Southern California Swimming donated a table to our AGUA Team, which we gave to some of our Swim for the Future Scholarship recipients.