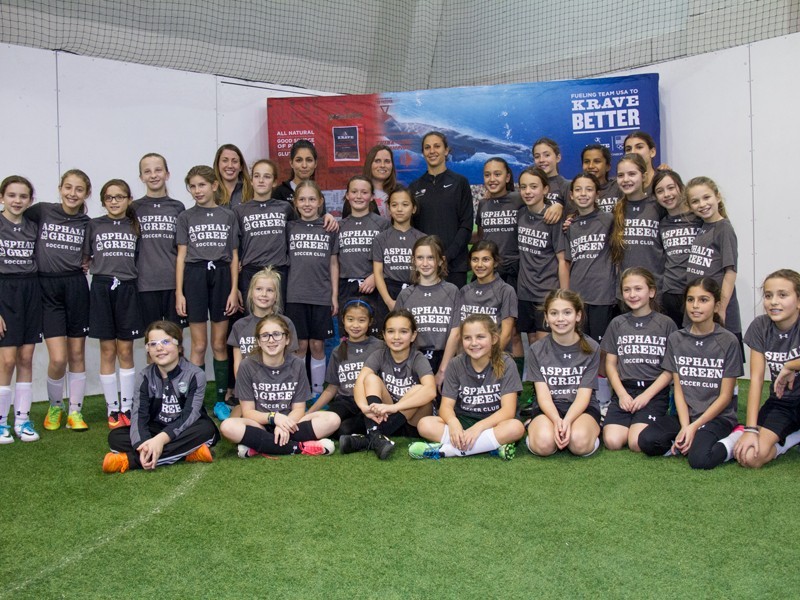 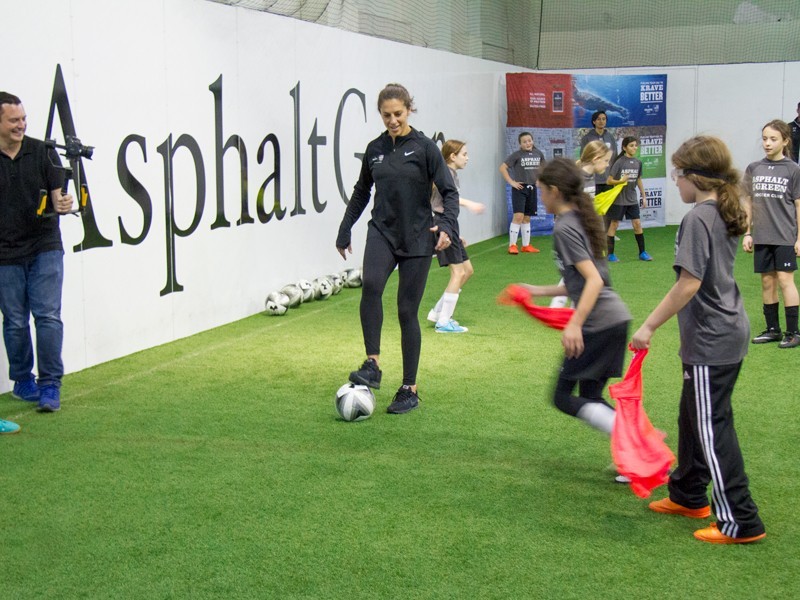 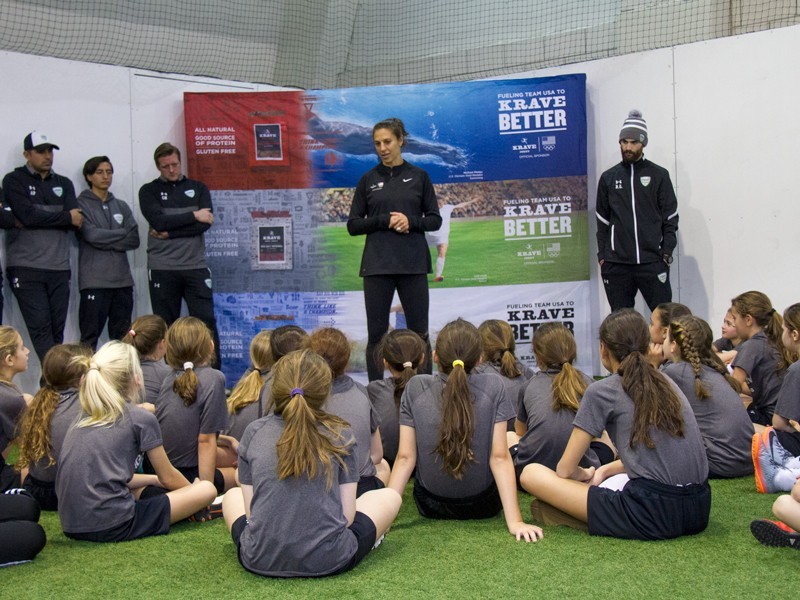 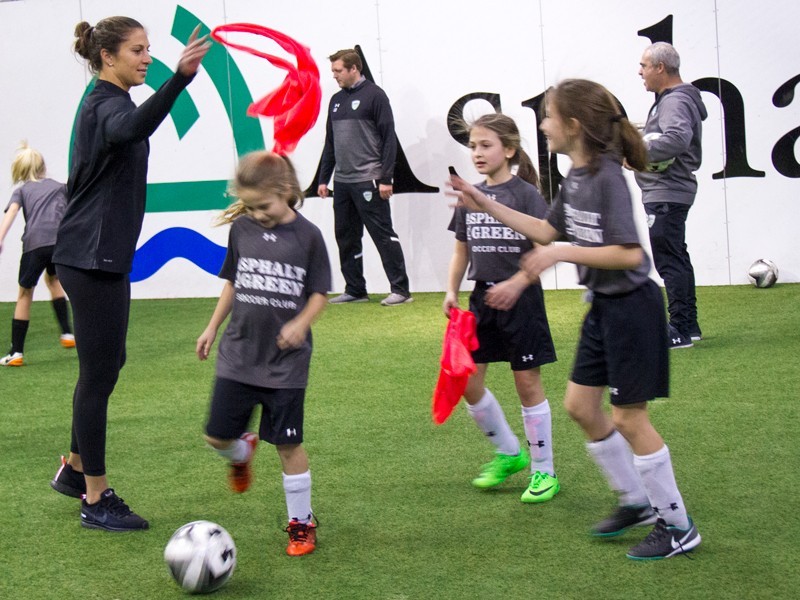 Soccer superstar Carli Lloyd stopped by Asphalt Green with KRAVE on December 13 to surprise our Asphalt Green Soccer Club teams. We had the chance to chat with Carli about her career and learn what’s ahead for the 2016 FIFA Player of the Year.

It was 16 minutes into the 2015 World Cup final when US Women’s National Team captain Carli Lloyd stole the ball at midfield. She recognized the Japanese goalkeeper was off her line and without hesitation, took a shot. The ball soared across the length of the field, over the goalie’s head, and into the net.

The goal put the US on top 4-0 and sealed a hat trick for Carli. The most memorable goal of her career came at the perfect time. The US went on to win the game, securing its first World Cup title since 1999.

Winning the World Cup was, without question, the highlight of Carli’s career. Her performance throughout the tournament catapulted her to being recognized as one of the game’s greatest. The honors kept rolling in, and she was named the 2015 and 2016 FIFA Player of the Year.

However, her career was not always defined by gold medals and awards.

No matter how big the obstacle, Carli has found a way to persevere. At the end of the day, the challenges have made her a stronger player and person. Winning World Cups and Olympic golds are the big-picture events that keep her motivated, but it’s making improvements to the small things that keep her going on a day-to-day basis.

“I just want to be the best I can be,” Carli says. There is always room for improvement. I continue to work on things that I am not good at. Initially, [working on my weaknesses] creates some uncomfortableness, but [if I keep at it], it becomes comfortable. Even though I’ve accomplished [many of my goals], I know I can get better and continue to break barriers.”

Come game time, that attention to detail and will to prepare keep her calm under pressure.

“When you’re prepared prior to a game or big moment, it gives you self-confidence mentally and physically,” Carli says. “When I’m prepared, I’m able to seize that moment and persevere through any challenges I face [during a game].”

Carli believes her experience playing soccer has made her a stronger human being. She’s learned life lessons on the field that can’t be taught in a classroom. Her advice to kids in the sport is that anything is possible through hard work. Even though not every child will make it to the professional level, she believes the value of playing on a team can set kids up for success in life.

“[You learn how to] work hard and respect friends, coaches, teammates. [You fail], and you shouldn’t be afraid of failing because [it is how] you grow,” Carli says.

Even today, with all her accolades, Carli has plenty of doubters. At age 35, people are questioning how much soccer she has left. But she has no plans of slowing down. She has a lot to play for, projecting the Olympics in 2020 to be her final tournament.

“I let my play do the talking on the field,” Carli says. “There’s no greater feeling than letting your actions speak for themselves. I’m continuing to defy odds. In the end, it tastes that much sweeter when you lift trophies and win Olympic gold medals.”

Meet Maya Dirado, the Breakout Star of the Rio Olympics