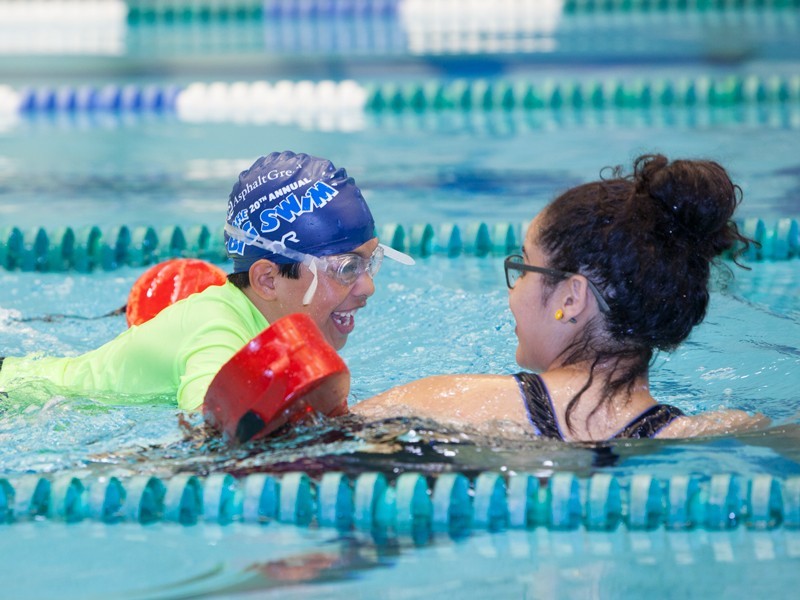 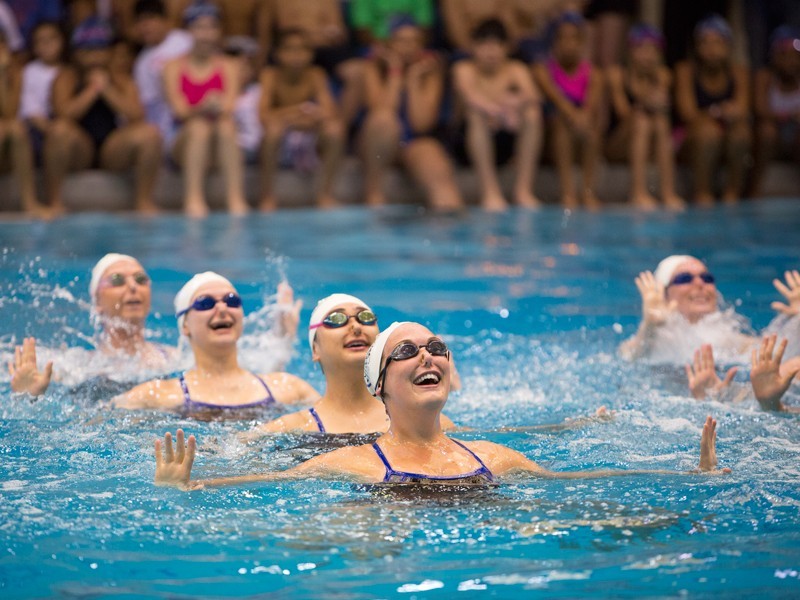 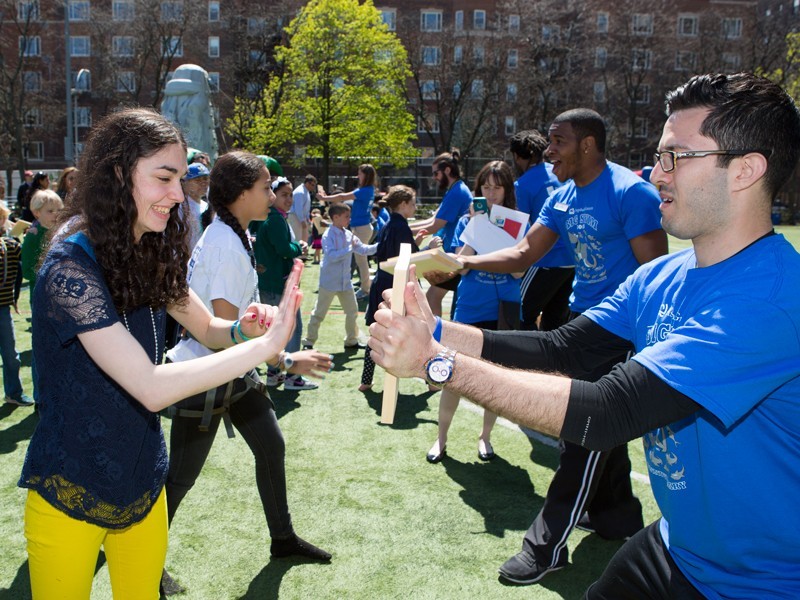 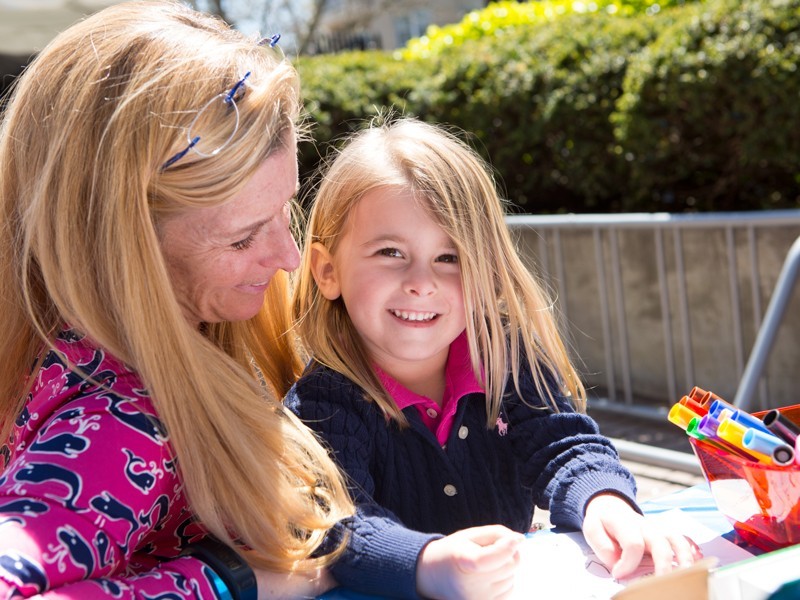 They came, they swam, they conquered! Our 20th annual The Big Swim meet and fundraising benefit was a huge success, raising more than $1 million to support our free community programs and scholarships.

Hosted by NY1 anchor/reporter Roger Clark, Asphalt Green welcomed children ages 6 to 12 from the New York City area to participate in a free swim meet, held on April 25, 2015.  More than 1,000 kids signed up for the challenge, jumping off the blocks into our Olympic-sized pool. The roar of the crowd, sheer will, and occasionally our lifeguards propelled each child to the finish line. Our AquaCenter was packed with proud fans, swimmers, volunteers and of course, our beloved mascot, Shecky.

The fun continued at our fundraising benefit. We honored Glenwood, one of our biggest supporters, and attendees heard speeches from both Reyna and Shanteau on the importance of sports in children’s lives.

On the field, kids enjoyed arts and crafts, martial arts, face painting, and more. Reyna joined the kids on the field for a few games of soccer, and Shanteau provided a few lucky kids the swim lesson of a lifetime.

We are already excited for next year’s event, which will place an even bigger emphasis on both soccer and swim. Get ready for The Big Swim Big Kick, coming May 7, 2016!