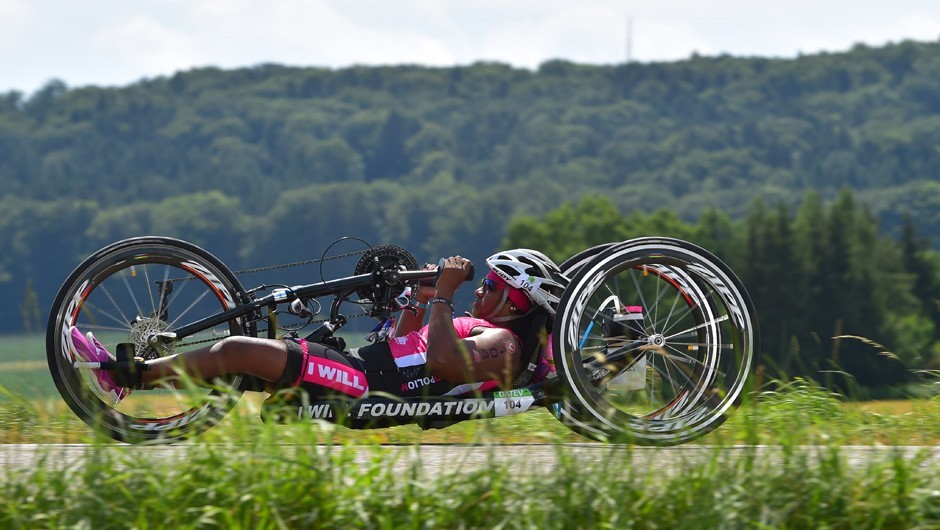 Asphalt Green Triathlon Club member Minda Dentler is an inspiration. Her legs became paralyzed after contracting polio as an infant in India. But her disability hasn’t slowed her down.

Eight years ago, Minda Dentler was watching the New York City Triathlon and saw her friend, who was also a wheelchair athlete, cross the finish line. She was inspired. One month later, Dentler, 29 at the time, registered for her first Olympic-distance triathlon. She signed up to train with the Asphalt Green Triathlon Club and had one goal: to cross the finish line.

Flash-forward to 2013. Dentler etched her name in the history books when she became the first woman wheelchair athlete to complete the Kona IRONMAN World Championship. She made her mark on the sport, finishing a 2.4-mile swim, 112-mile bike, and 26.2-mile run in 14:39:14. Her accomplishment led to a nomination for an ESPN Excellence in Sports Performance Yearly (ESPY) award for Best Female Athlete with a Disability in 2014.

Most recently, she completed her third Ironman-distance race in July at Challenge Roth, the world’s largest long-distance triathlon, in Germany, just six months after becoming a mother. And she’s just getting started.

ON MENTAL TOUGHNESS AND PREPARING FOR AN IRONMAN

Preparing for an Ironman takes hard work and dedication—and a lot of it.

After finishing her first Ironman triathlon in Louisville in 2012, Dentler set her sights on IRONMAN World Championship in Kona, Hawaii, six weeks later.  Dentler didn’t have immediate success at the IRONMAN Kona. In fact, in her first attempt she missed the time requirement and was not able to complete the race, but that only served as greater motivation.

“I think having that failure fueled me to change my approach to reach my goal the following year,” she says. 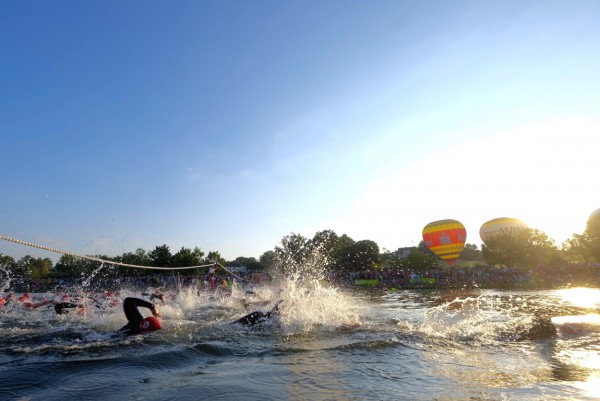 She got back to work and changed her preparation, which included hillier bike rides on U.S. Route 9W, individual swim coaching from Asphalt Green coach Mike Galvan, and improved mental toughness.

Taking her bike rides from Central Park to the open road had a new set of challenges, most notably, riding on a busy road with cars while being so low to the ground. She needed her husband and riding friends with her to protect her from cars. Their positive energy kept her going.

Training begins four and a half to six months before a race, and she follows a training plan of eight to 15 hours per week. In addition to bike riding, her workouts include interval training, pushing a racing wheelchair, and open-water swimming. Under the guidance of coaches, she begins by building a fitness base, then increases her intensity as race day gets closer.

It’s a team effort. She has worked with a nutritionist, physical therapist, and several coaches at Asphalt Green. She says the Asphalt Green coaches are very knowledgeable and were always there to answer her questions.

One of her biggest challenges is managing her body. Because she’s a wheelchair athlete, she only uses her upper-body muscles, and long training hours can take a toll.

ON TRAINING WITH THE ASPHALT GREEN TEAM

Although triathlon is an individual sport, Dentler has enjoyed training with a group as part of the Asphalt Green Triathlon Club.

“The team pushed me. You always saw people going for more, and it was motivating,” Dentler says. “They were the reason I thought about longer distances. They made it seem possible.”

Aside from training, it’s a community, and she cherishes the friendships.

“It’s the only sport where I am competing side by side with able-bodied athletes,” she says. “It’s something I can do year round, and I’m still pushing my limits.” 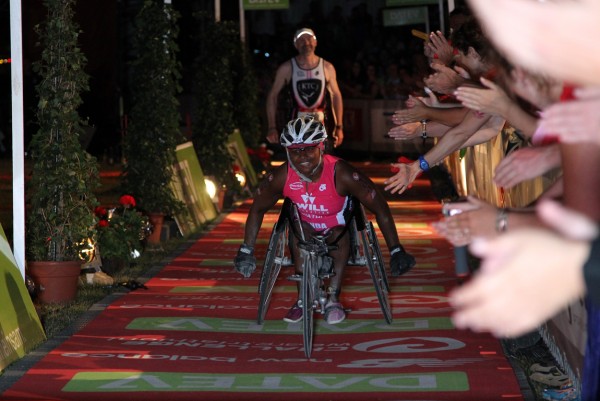 Race day is long and can seem daunting, but it is Dentler’s reward for the hard work that she’s put into training.

“When things get hard [during a race], I put my mind in a different place. I tell myself, ‘It’s OK to be in pain, but it’s going to be worth it,’” she says. “I have done the training. I know my body won’t fail me; my mind would fail before my body. I know if I manage my mind, the body would follow.”

Dentler, time and time again, rises to the challenge.

WHAT’S NEXT FOR MINDA

Next time you see Dentler at Asphalt Green, it won’t be to train for an Ironman. She is looking forward to beginning swim lessons with her daughter (future triathlete?) in the fall. 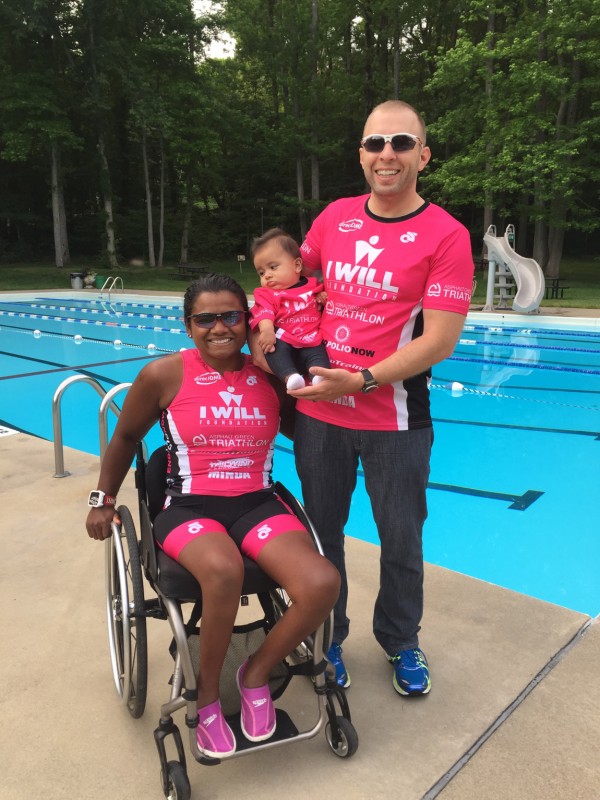 Although we don’t know when we’ll see her on the race course next—but she will be racing again—her name is in the Ironman record books forever.