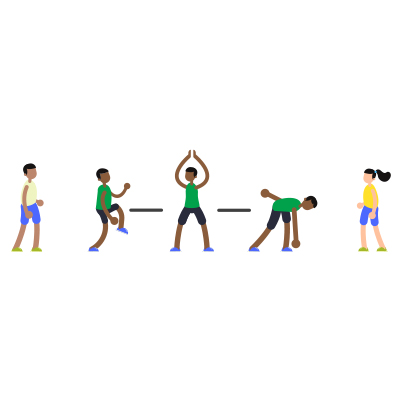 Easy: Players can ask for the motions to be repeated once.

Help Asphalt Green provide resources for kids to stay active. Asphalt Green, like many nonprofits, has felt the effects of COVID-19. We need your support now more than ever to continue providing for the community. We are stronger together.